Tea Party is an interactive window that invites the public to help a “god” in power control a constructed society, which is represented by a tea party in the doll world.

The window consists of two main parts, one physical and the other digital. A set of physical objects trigger events within the corresponding digital environment. A giant innocent baby doll sits in the center and acts as the “god” in power. Surrounding her are ten physical objects that she needs to choose from in order to exert her power and control. Visitors are invited to press a power button, located on the side of the window, which will activate the doll’s arm to spin. The length of time that the button is pressed corresponds to the length of time that her arm will spin. Based on the location of where the arm stops, an object is chosen to change the fate of the constructed digital society.

In the digital world, a beautiful tea party is displayed on a screen. The scene will contain dolls of different characteristics, gender, and race, sitting around a round table and smiling to one another. After the user presses the power button, thus choosing a physical object, an event will be dropped into the digital scene. Event examples include: adding or deleting food on the table, asking some of the guests to leave, inviting new guests to the party, removing the gravity from the environment, forcing a mood upon the characters, and changing the weather. While the scene changes, the characters will react to convey their emotions. They may dance, cry or smile depending on the event executed in their world.

Tea Party gives the user more power in controlling the life of another person than society normally allows. The window discusses the current state of control and its consequences in our society. The “god” in this case is intentionally designed as a naïve baby who is unsure of what to do with the power given to her. The user is forced to face the consequences of their authoritative decisions and the uncertainty of the outcomes that affect the lives of the innocent dolls enjoying their delightful tea party. 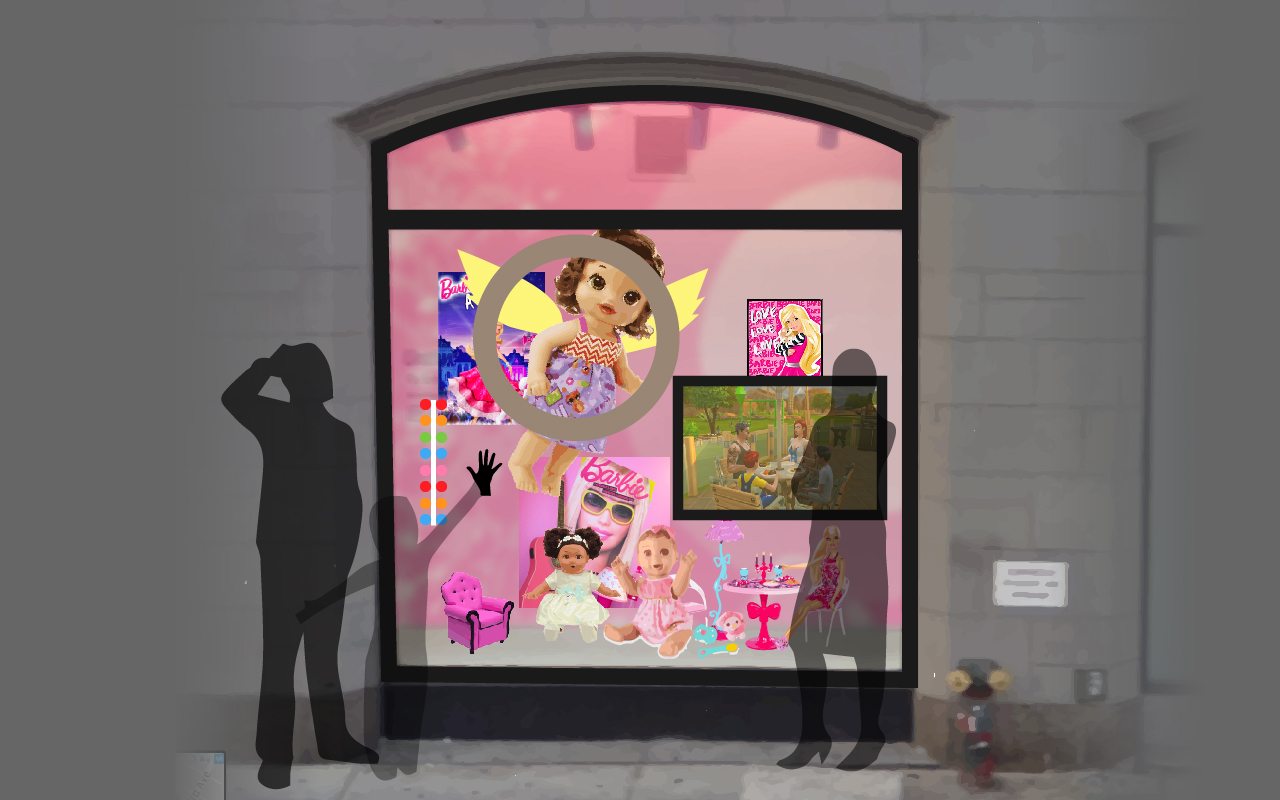 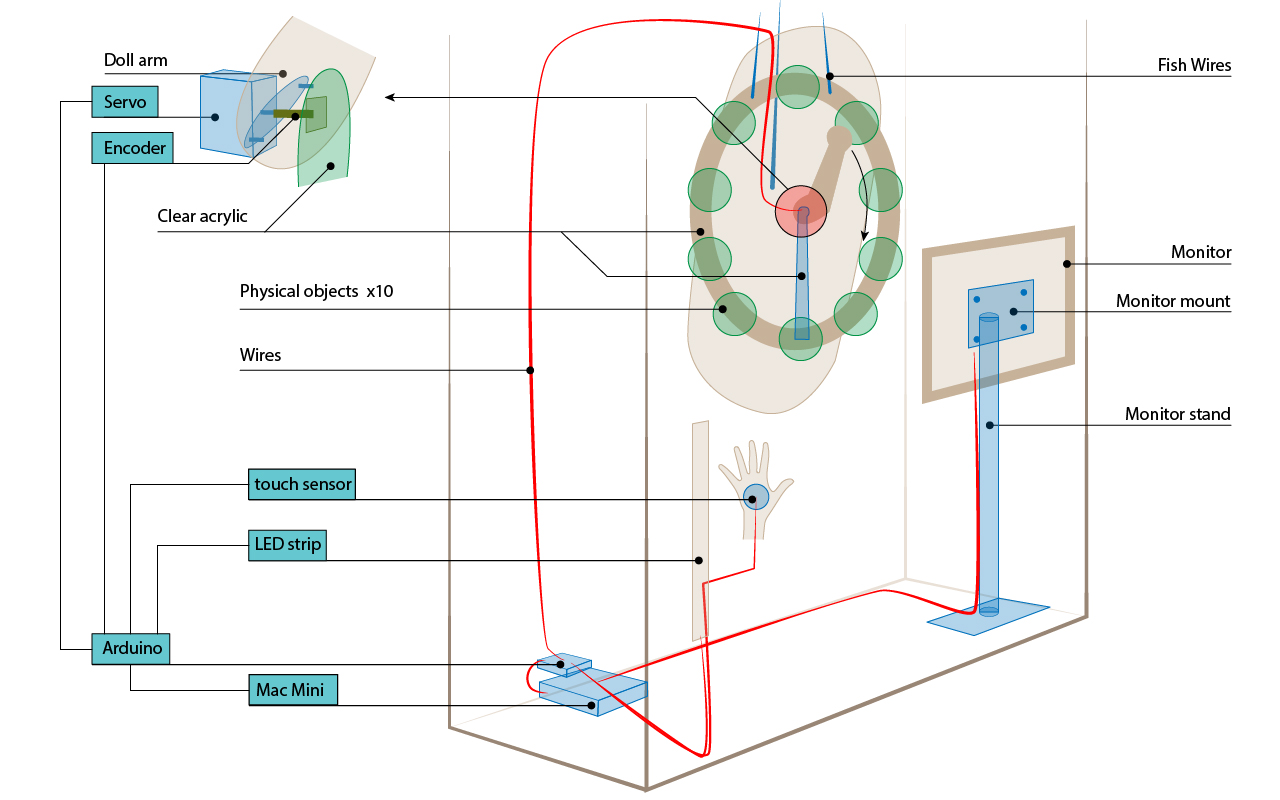